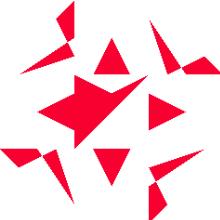 I have a bunch of Fujitsu Stylistic 2300s with a problem that I can't seem to resolve. Originally these machines were used in an NT4 environment and this was fine. Now I have a new use for the machines and I needed to enable the USB port to support memory stick use. The history is that NT4 does not support USB sticks and there is no workaround available other than to upgrade to Windows 2000. Now that I have Windows 2000 loaded onto an ST-2300 I find that the driver to support the pen function in Windows 2000 was never created by Fujitsu and they are not helpful in supporting this. I was wondering if you know of any other manufacturer that may have used similar pen technology as the ST-2300 that did upgrade their driver to Windows 2000? Any help would be appreciated. 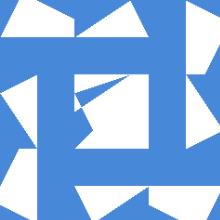 David, first of all, thanks for the trip down memory lane! I led the creation of the Stylistic 2300 at Fujitsu Personal Systems during 1998 (it was called 'Project 640' internally). Looking back at the sales literature, I chuckle at the verbiage we used such as 'massive 4.1 GB hard disk'. Nobody had even heard the word 'terabyte' in 1998.

The pen digitizer used in the ST-2300 was made by Kurta, now called FinePoint Innovations. While there were one or two other manufacturers using Kurta, the chances of a pen driver from any other system working on the ST-2300 would be exactly zero. The pen driver is much too machine-specific to be portable.

The ST-2300 shipped in the first half of 1999 (before Windows 2000 was completed). Once a product shipped, all of the development resources were focused on the next generation. It simply wasn't possible to add support for a new OS on an existing product -- except if a major customer (someone who bought 5,000+ units) demanded it, and that didn't happen.

I see only two possible solutions for you -- Windows 98 Second Edition, or a custom pen driver. Windows 98SE supports USB reasonably well, and it's fully supported on the ST-2300. USB memory sticks require a driver on Win 98SE, but those are widely available. Of course Win 98SE isn't an 'IT-grade' OS like NT4 or Windows 2000, but a very large number of Fujitsu's enterprise customers used it in successful field automation projects. Whether this is actually a possible solution or not probably depends on whether your application software can run on Win 98SE.

Having a custom pen driver written for Windows 2000 would probably cost in the vicinity of $15K. While I know a couple of people who could probably do it, the main problem would be finding sufficient documentation to enable the project. Whether this approach is realistic or not depends on size of your 'bunch'. For example, $15K amortized over 75 units is $200 per unit, which might be tolerable if the ROI on your new project is sufficient. On the other hand, the market value of an ST-2300 (based on eBay) appears to be about $200, so maybe it's not such a good idea.

Based in Silicon Valley, Geoff Walker is Global Director of Product Management at Elo TouchSystems. Prior, he was a consultant with Walker Mobile, LLC (www.walkermobile.com). Geoff has worked on the engineering and marketing of mobile computers since 1982 at GRiD Systems, Fujitsu Personal Systems (now Fujitsu Computer Systems) and Handspring. In addition to mobile computers, Geoff's areas of particular expertise include displays and digitizers.