This article describes the use and features of the FRC® Driver Station Powered by NI LabVIEW.

For information on installing the Driver Station software see this document. By default the FRC Driver Station launches the LabVIEW Dashboard. It can also be configured on Setup Tab to launch the other Dashboards: SmartDashboard and Shuffleboard.

Setting Up the Driver Station¶

PCs will typically have the correct network settings for the DS to connect to the robot already, but if not, make sure your Network adapter is set to DHCP.

The Status Pane of the Driver Station is located in the center of the display and is always visible regardless of the tab selected. It displays a selection of critical information about the state of the DS and robot:

The Operations Tab is used to control the mode of the robot and provide additional key status indicators while the robot is running.

When connected to the Field Management System the controls in sections 1, and 2 will be replaced by the words FMS Connected and the control in Section 7 will be greyed out.

The Diagnostics Tab contains additional status indicators that teams can use to diagnose issues with their robot:

The Setup Tab contains a number of buttons teams can use to control the operation of the Driver Station:

The Driver Station has the capability of “locking” a USB device into a specific slot. This is done automatically if the device is dragged to a new position and can also be triggered by double clicking on the device. “Locked” devices will show up with an underline under the device. A locked device will reserve it’s slot even when the device is not connected to the computer (shown as grayed out and underlined). Devices can be unlocked (and unconnected devices removed) by double clicking on the entry.

If you have two or more of the same device, they should maintain their position as long as all devices remain plugged into the computer in the same ports they were locked in. If you switch the ports of two identical devices the lock should follow the port, not the device. If you re-arrange the ports (take one device and plug it into a new port instead of swapping) the behavior is not determinate (the devices may swap slots). If you unplug one or more of the set of devices, the positions of the others may move, they should return to the proper locked slots when all devices are reconnected.

Example: The image above shows 4 devices:

In this example, unplugging the Logitech Extreme 3D joystick will result in the F310 Gamepad moving up to slot 1. Plugging in the MadCatz Gamepad (even if the devices in Slots 1 and 2 are removed and those slots are empty) will result in it occupying Slot 3. 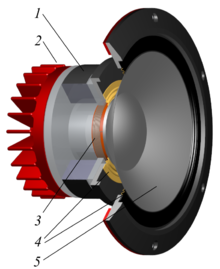 The last tab on the left side of the DS is the CAN/Robot Power Tab. This tab contains information about the power status of the roboRIO and the status of the CAN bus:

If a fault is detected, the indicator for this tab (shown in blue in the image above) will turn red.

The Messages tab displays diagnostic messages from the DS, WPILib, User Code, and/or the roboRIO. The messages are filtered by severity. By default, only Errors are displayed.

To access settings for the Messages tab, click the Gear icon. This will display a menu that will allow you to select the detail level (Errors, Errors+Warnings or Errors+Warnings+Prints), Clear the box, launch a larger Console window for viewing messages, or launch the DS Log Viewer.

The DS Requested mode is the mode that the Driver Station is commanding the robot to be in. The Robot Reported mode is what code is actually running based on reporting methods contained in the coding frameworks for each language.

When connected to FMS in a match, teams must press the Team Station E-Stop button to emergency stop their robot as the DS enable/disable and E-Stop key shortcuts are ignored.